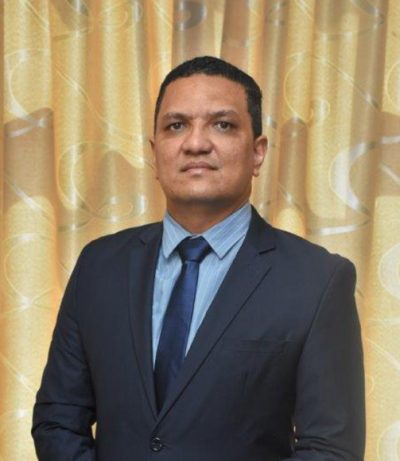 Mr. Keneth Racombo was appointed as the Principal Secretary in the Department of the Blue Economy in 2019, after spending two years as the Acting Chief Executive Officer, of the SADC Regional Tourism Organization of Southern Africa, in South Africa.

Mr. Racombo is an Economist by profession and has spent most of his professional career at the Department of Foreign Affairs where he has occupied various positions.

He started as a Trainee Economist in 1997 with the Ministry of Foreign Affairs at that time and left the Ministry in 2017 as the Director General for Development and Regional Integration within that Ministry.

Advanced Level (A’ Level) in         Economics, Mathematics and Geography